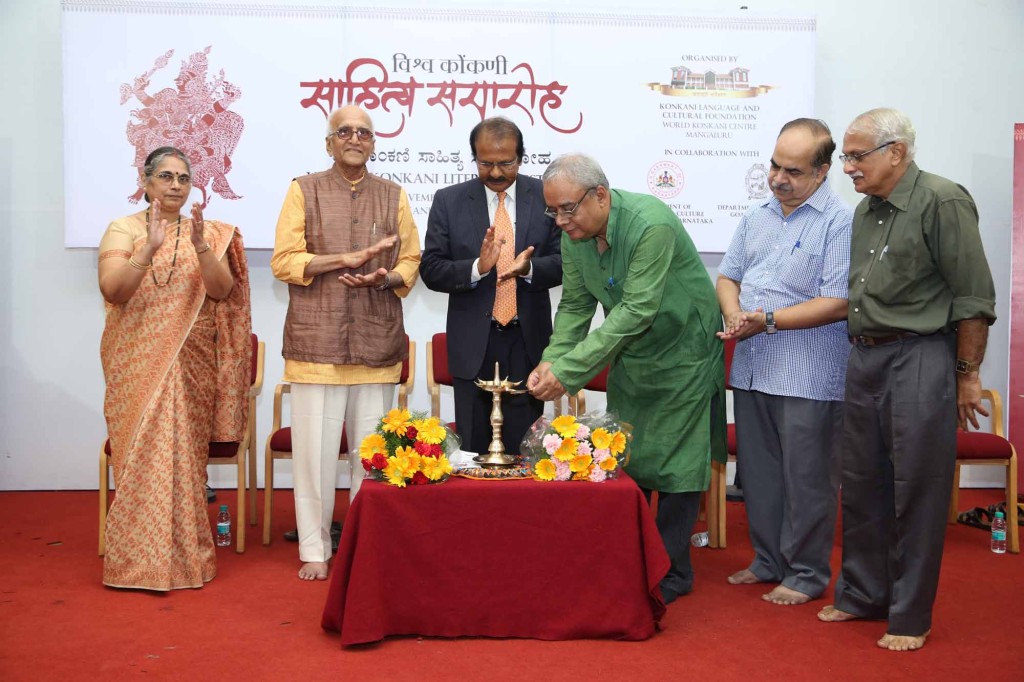 “Creation and Transcreation – A National Seminar on Contemporary Konkani Women Writers” which had attracted many research scholars from literary field was part of the Samaroh begin with an address on the theme by Shri M. Prabhakar Joshy, eminent scholar.  A panel discussion was also held on the theme focussing on the Translation aspects and the contribution of the Translation studies in Indian Literature featuring eminent writers and translators such as Vidya Pai, Dr. Geeta Shenoy, Dr. Judy Pinto, Sheela Kolambkar, Tara Bhat, Jaimala Danait, Meena Kakodkar, P. Ramesh Pai, Pundalik Naik, Ramesh lad as panellists and discussants. About 20 research papers were presented during the sessions, by Research Scholars from various universities on the theme.  Dr. Kiran Budkuley, Dean, Faculty of Languages, Goa University and Co-Convener of the Vishwa Konkani Sahitya Samaroh Chaired the research paper presentation sessions. 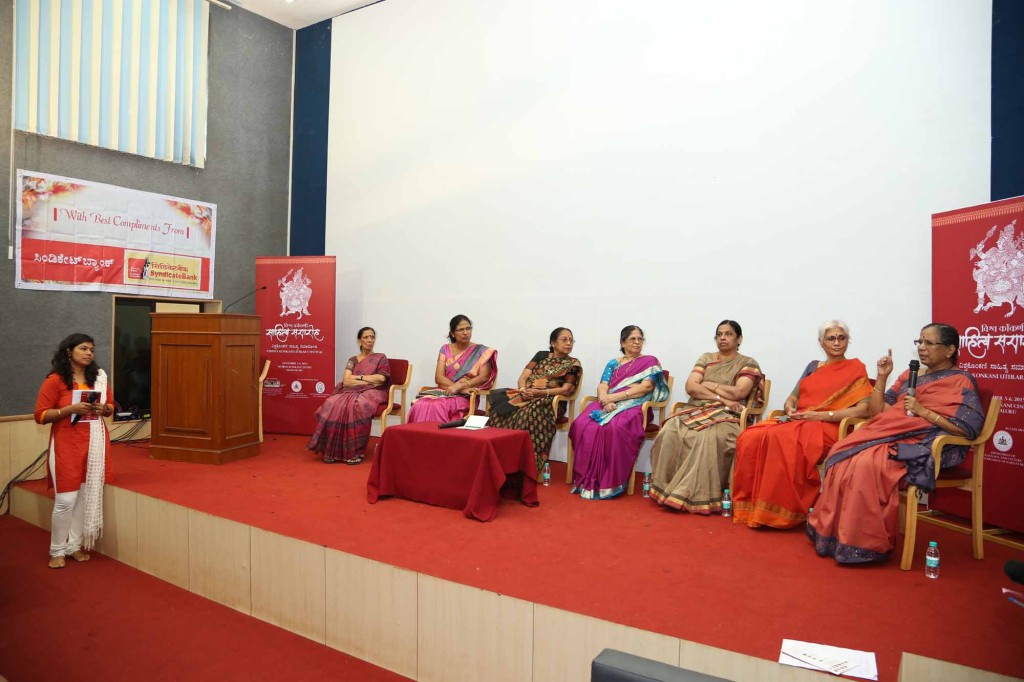 At  6.30 p.m. on 5th November 2015, A lecture in memory of Shri J.M. Lobo Prabhu and Smt. Louella Lobo Prabhu was presented by eminent writer and poet Shri Jerry Pinto, Mumbai followed by interactive session. The Session was chaired by Mrs. Giselle D. Mehta, Writer and Philanthropist. The topic of the Lecture was”Translating Poetry – Challenges of Creativity and Fidelity”

As a special attraction a unique Campfire Poetry session has been organised as part of the samaroh, amidst the serene campus of World Konkani Centre, Chaired by Poet Melvyn Rodrigues and eminent poets such as H.M. Pernal, Andrew L. D’cunha, and Shakuntala Kini took part in this session as poets and discussants. 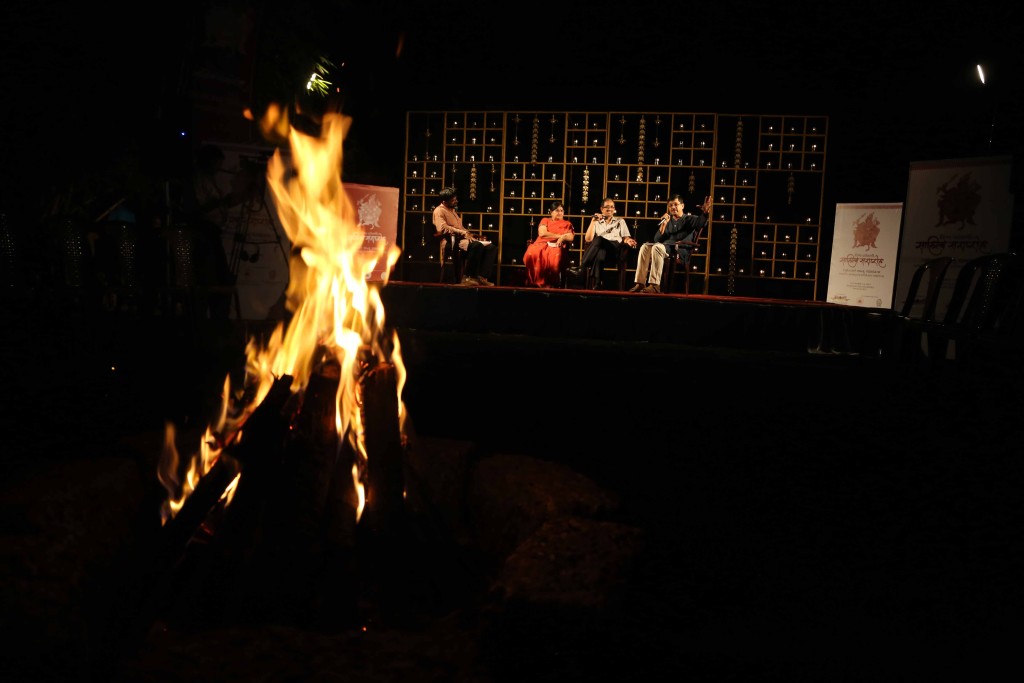 On 6th November 2015 at 9.00 a.m. A talk on “Translating the World – Strategies and Innovation” was delivered by Dr. Udaya Narayana Singh followed by a very vibrant Panel discussion on “From Creative mind to a Translator’s Pen: Shifts and Adaptations of the Craft”. The Panel was moderated by eminent critic and writer S.R.Vijay Shankar and eminent writers such as Vivek Shanbhag, Dr. Uday Narayana Singh, Jerry Pinto and T.N. Vishwambaran were the panellists.

Dr. Kiran Budkuley, Co-convener of the Samaroh delivered the valedictory address. The Valedictory session was be presided by Dr. B. A. Vivek Rai, Former Vice Chancellor of KSOU and Hampi Kannada Universities. Shri T.V.Mohandas Pai addressed the scholarly audience on the occasion and laid out his vision to elevate the Vishwa Konkani Sahitya Samaroh in to an international event. Shri Basti Vaman Shenoy, Founder and President of World Konkani Centre welcomed the gathering.

She was speaking as the chief faculty during the national workshop on ‘Safeguarding Konkani Intangible Cultural Heritage (ICH)’ on Sunday February 8 at the World Konkani Center, Mangaluru. The workshop was organised by Konkani Language and Cultural Foundation in association with the state department of Kannada and Culture, Karnataka Konkani Sahitya Academy, Goa Konkani Akademi, Konkani Sahitya Akademi, Kerala, Mangalore Univeristy and Goa University.

In her speech Dr Choudhuri said that Karnataka is blessed to have many cultural identities and promised all kinds of support and guidance to communities of Konkani coming forward to safeguard their ICH. The only one UNESCO trained representative from India, Bhutan and Nepal in the field of ICH, Dr Choudhuri gave a detailed power point presentation of safeguarding a community’s cultural heritage, giving definitions of various terminologies involved, explaining why we need to safeguard the ICH, the difference between preserving and safeguarding a culture and the help one community might get from UNESCO, if they adopt a scientific approach in identifying the communities and making an inventory of their ICH.

Guru Baliga, assistant director, World Konkani Centre, gave a brief sketch of the plans the Centre wants to implement in safeguarding the ICH. (intangible cultural heritage). “If a photographer sees a person lying on the road because of accident, his priority would be to click photographs, rather than helping the injured take to hospital. In the same way, we give importance to documenting a culture, rather than safeguarding it,” said Guru Baliga in his introductory remarks.

Girija and Parvati representatives from the Kudumi community did the musical invocation at the beginning. Paliya Gaonkar and Akshata Bhat compered the whole day’s proceedings.

There was a panel discussion in the afternoon which was chaired by Dr Kiran Budkuley. A DVD of ‘Shigmo’ – cultural festival of Kudumis was released during the occasion.