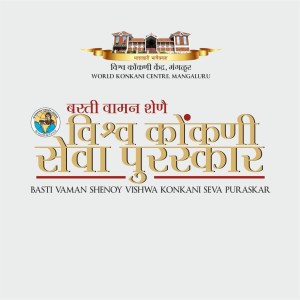 Vishwa Konkani Kendra, Shakti Nagar, Mangalore has announced TWO Annual Awards in the name of Vishwa Konkani Sardar Sri Basti Vaman Shenoy the doyen of Konkani movement. The Awards are constituted to recognize outstanding contributions by Konkani-speaking individuals or organisations managed by Konkanies in fields such as Education, Governance, Social Service, Health Care, Science, Journalism, Literature (Other than Konkani Language), Performing Arts, Humanities, Industry, Commerce, Sports etc. There are separate awards for men and women. The awards are constituted as part of `Vision TVM’ which dreams of One Strong Konkani Community by 2030. Both awards carry a purse of Rs.1.00 lakh apart from a citation. Following are the criteria for nominations:

1. The Nominee can be an individual/individuals/institution.

2. The mother tongue of the Nominee should be Konkani

3. Age of the Awardee should be more than 18 years.

5. In case of Institutions, the same should be managed by Konkani people and the founders are to be Konkanies.

7. In case of an institution it should be in service for a minimum period of five years at the time of considering its Nomination for the award.

8. Self nominations are allowed by individuals and institutions