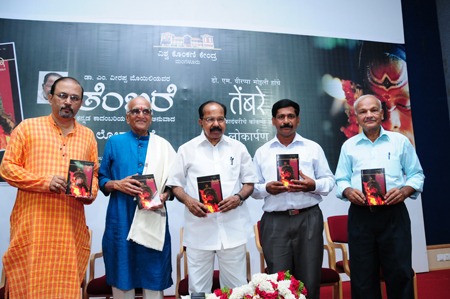 The book which was translated by Ramesh Lad, Goa was released by Dr. M. Veerappa Moily. 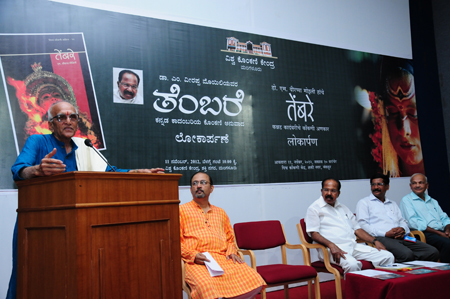 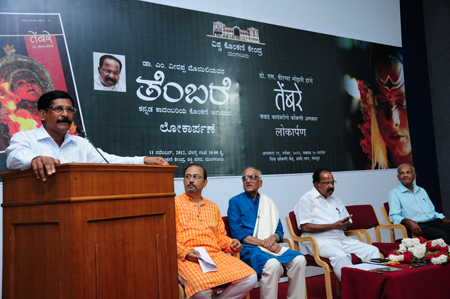 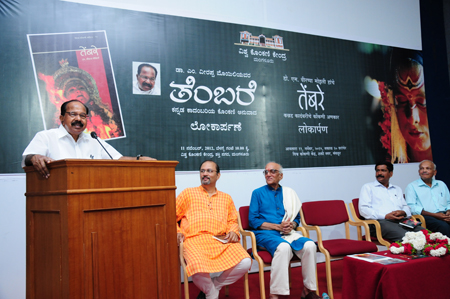 Dr.Veerappa Moily addresses the gathering after releasing the book 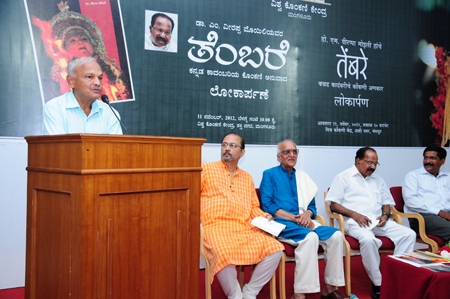 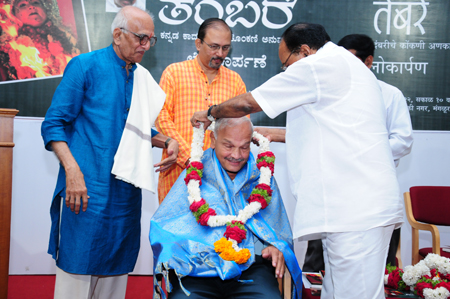 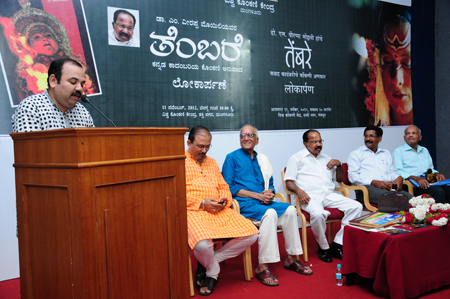 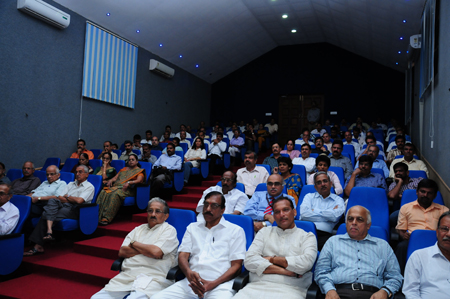 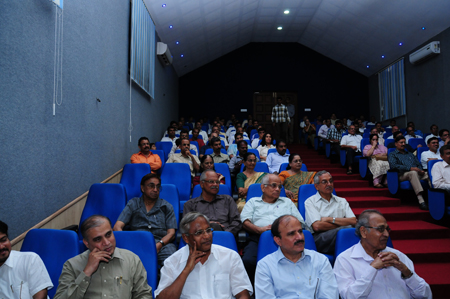 “People should fight against injustice. Comradeship between people should be encouraged. These are the two main messages which I have tried to convey in my book,” Dr Moily said.  “There is a need to develop scientific temperament to fight against faulty cultural practices and give birth to new ones. People should always rely on their inner strength when faced with adversities. Just like a tree which grows back again even after being cut. People should strengthen their roots to such an extent that they will grow back again. Our mind should undergo change only then the country can be changed” he added.

“The rebellious nature in youngsters should not be stifled by elders. As the same rebellion nature will give birth to revolution and through my book I have tried to grow the seeds of rebellion,” Dr Moily explained.

Lauding the achievements of Basti Vaman Shenoy, Dr Moily said that “Basti Vaman Shenoy not only saw a dream of setting up Konkani Language and Culture Foundation but also fulfilled it. We need ‘dreamers,’ like him if the language and literature have to grow. “

He also lauded the efforts of Ramesh Lad in translating the book.

In his address Dr. Narendra Rai Derla, Head, Department of Kannada, Dr. Shivaram Karanth Government First Grade College, Bellare said that “Dr. Moily has outlined the life of the performers through his words. He has explained to us the inner conflicts, struggles of the performer.”

“He has also mirrored the feeling of women in his book,” he added.

“When politicians embrace literature then one can be assured that the country is in good hands,” Dr Derla said.

Ramesh Lad, translator thanked the World Konkani Centre for giving him the opportunity to translate the book and said he enjoyed translating the book.

In his welcome address Basyi Vaman Shenoy,President, World Konkani Centre recalled how Veerappa Moily was instrumental in setting up of Konkani Language and Cultural Foundation when he was the Chief Minister.

He also outlined the translation works taken up by KLCF and said that already 15 books were published.

Ramesh Lad was felicitated on the occasion by Dr Moily.

Kudupi Jagdish Shenoy, Raghunath Shet, Tejomaya and other dignitaries were present during the occasion.

A prayer was sung by Bhavana and group.