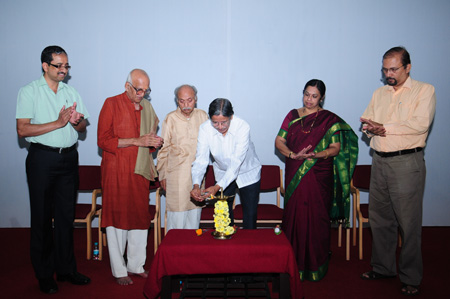 The workshop was organised by Konkani Language and Cultural Foundation in association with Kuvempu Bhasha Bharati Pradhikara, Bangalore. 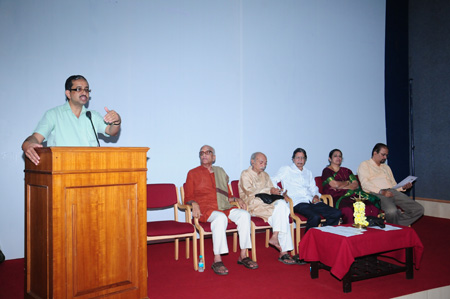 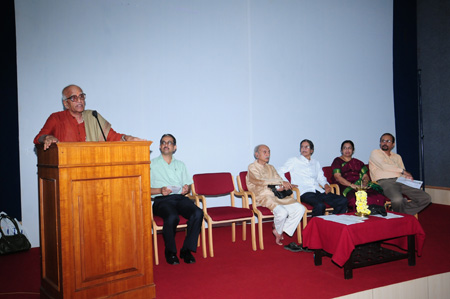 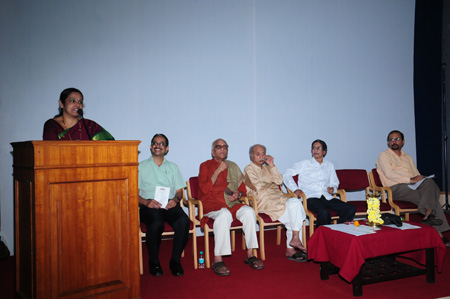 In his inaugural address Shri Na D’Souza said that the “Konkani community people have committed a big mistake by not introducing Konkani Language and culture to others. “If ever Konkani language has to grow then we should strive hard to introduce our language to other communities.” He added.

In her introductory speech Dr. Geetha Shenoy, Bangalore, said that “the three advantages of translating is that one others will know Konkani language, secondly there will be growth of Konkani culture and thirdly others will get to know about Konkani litterateurs.

“In order to come up with good result one should have a strong hold on both the languages,” she added.

In his presidential address Shri S. M. Krishna Rao, Bangalore, Senior Kannada-Konkani Litterateur, said that “translating books is not an easy task. As the translator should also be aware of the feelings of the original author. And not limit himself to just translating script.”

The valedictory function of the three day workshop on ‘Kannada translation of Konkani Short Stories,’ was held on October 29 at the World Konkani Centre. 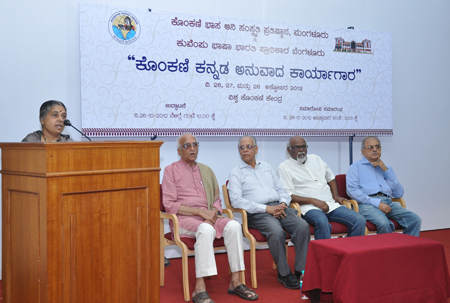 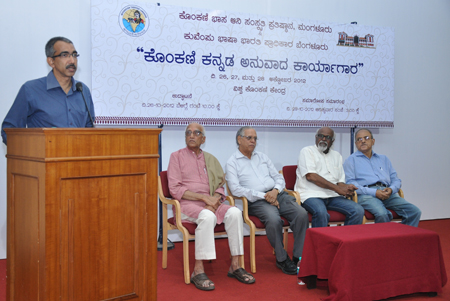 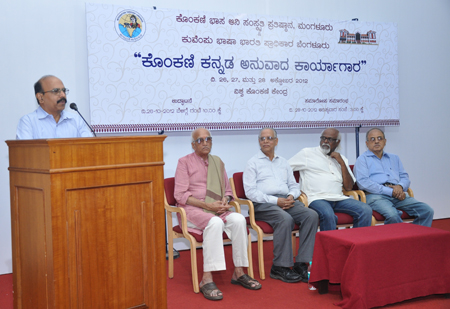 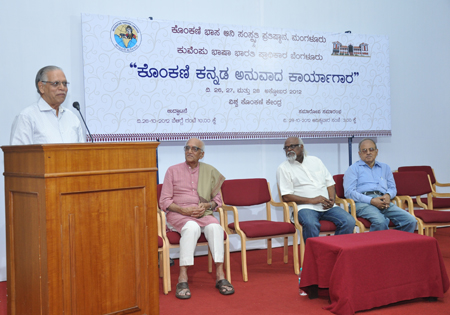 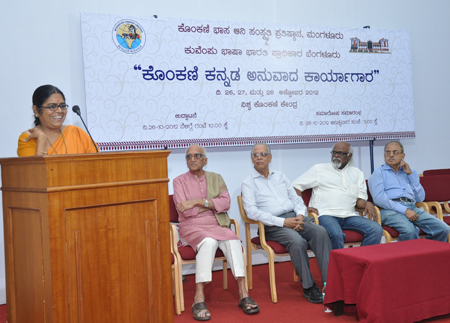 Basti Shobha Shenoy talks on behalf of the participants 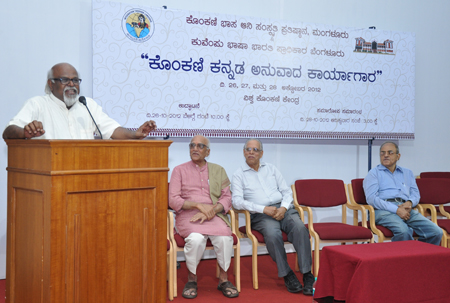 Translation should be sense-to-sense rather than a word-to-word says Shri Gopalkrishna Pai, Kendra Akademi Award winner 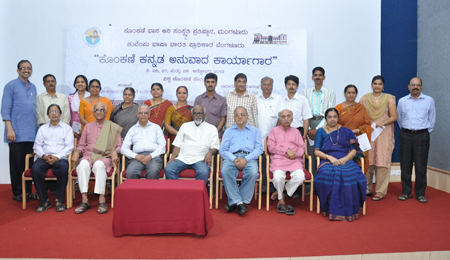 In his address Shri Gopalkrishna Pai, Kendra Sahitya Akademiawardee who was the chief guest said that “translation from one language to another is very important. If great literary works were not translated we would never get to know about Leo Tolstoy. We salute the translators as they have familiarized us with some of the great works.”

“When any work is translated the translator should ensure that the essence of the original work will remain intact. Translation should be sense-to-sense rather than a word-to-word,” Shri Pai said.

Pai also informed that in the modern term translation has becomelucrative job opportunity. The demand for translators is on the rise and youngsters can take it up as a full time job.

He also requested the World Konkani Centre to take up publication of books.

Basti Shobha Shenoy spoke on behalf of the participants. 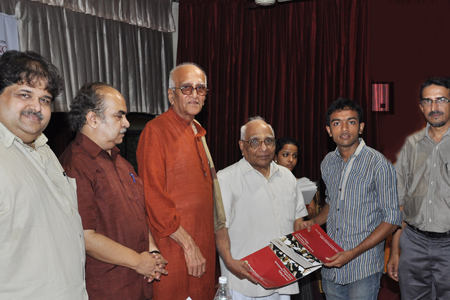 Scholarships amounting to Rs 22 Lakhs was awarded to 150 (Degree/Engg) Konkani students from Kerala  on October 21 at Narmada Hall, Karnakodam, Ernakulam.

In his welcome address Shri R. Bhaskar Shenoi, President, Anugraha said that “the support of parents in enabling the students to excel in education is very vital. Due to the sacrifices made by parents children will be able to achieve success.” He also congratulated the beneficiary students.

He also informed about the different workshops were being organised under KSHAMATA to bring students to excellent level. He also called upon the people from Kerala for increased involvement in training the students.

Payyanoor Ramesh Pai, President, Kerala Konkani Academy said student life is very precious. It is the golden moment in everybody’s lifetime which comes only once. Thus students should focus on dreams and make positive efforts in realizing that dream.”

“While all other languages are available at fingertips, why Konkani is not available. Why there in no Konkani online dictionary,” he lamented.

“It is the duty of the Konkani brethren to work towards the betterment of the language.” he said.

Subina S. Prabhu and Govind Prabhu, gave their feedback on behalf of student benefeciaries. A memento was given to Shri Hari by Shri Payanoor Ramesh Pai. 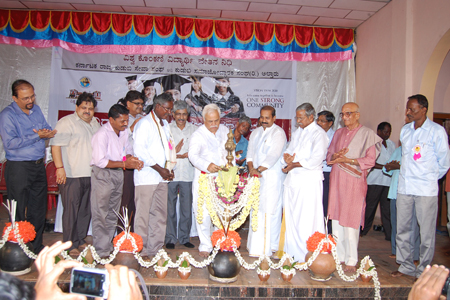 “More importance should be given in providing education to people belonging to Kudubi community, thus ensuring that they too will get included in the mainstream,” said Shri R. V. Deshpande, Chairman Emeritus, Konkani Bhas Ani Sanksriti Prathistan.

“Awarding scholarships to help them in pursuing education is one way of bringing them into mainstream and contributing to their development.” He furher added.

A total number of 161 scholarships were awarded of which 97 was given to PU students.

Gurudutt Bantwalkar, Assistant Director, World Institute of Konkani Language, read out the name of the beneficiaries. 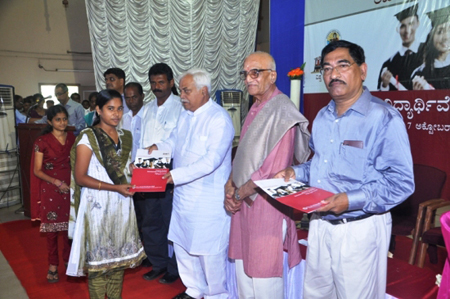 “It has become imperative for people to be ready for competing in the global market owing to the advancements taking place in the educational and occupational field. This can be achieved through education  and general knowledge,” said Shri R. V. Deshpande, Chairman Emeritus, Konkani Bhas Ani Sanksriti Prathistan. 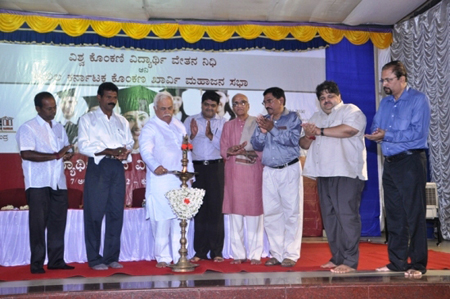 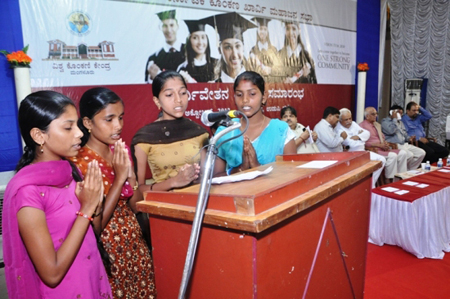 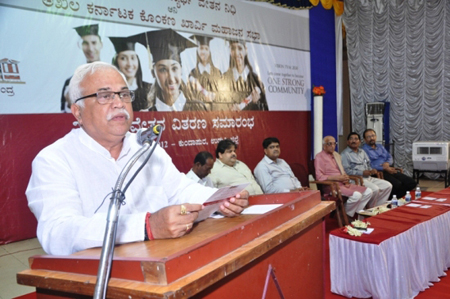 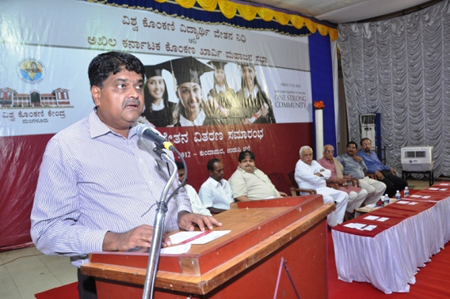 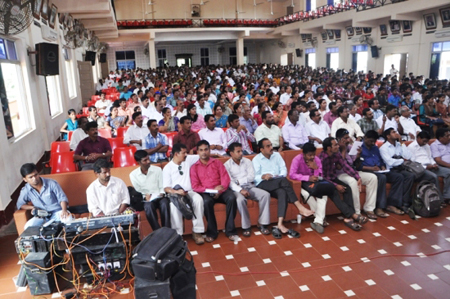 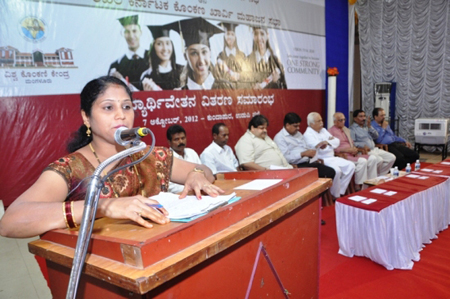 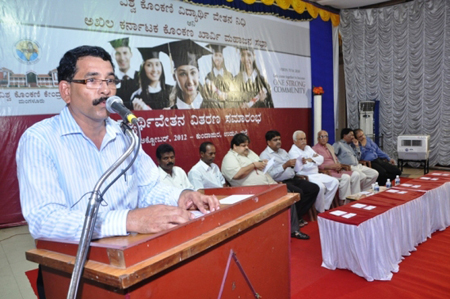 “In the past  many people found it difficult to provide education to their children due to poverty and also because there was a dearth of educational institutions. Due to which gaining education became confined only one section of the society. But now the times have changed now we find that the State Government, Central Government, Private Organisations and Philanthropists are making a sizeable contribution thus giving the required impetus to education.” Deshpande  added.

“Undivided Dakshina Kannada District which is the land of visionaries intelligent people had given utmost importance to education.” Deshpande said.

In his address Shri Ramdas Kamath U., President, VKSSF, informed that “about 3,000 Konkani speaking families have been given Insurance Protection. There are plans to give them medical insurance too. Various steps have been taken to increase the scholarship fund, giving importance to Higher Education, and training talented students.”

A total number 215 scholarships was awarded of which 130 was given to PU students, 81 to Degree and 4 to Engineering.

The welcome address was delivered by Mohan Banavalikar, Gurudutt Bantwalkar, Assistant Director, World Institute of Konkani Language, read out the name of the beneficiaries. Malini Sathish compered and Umanath Gangolli delivered vote of thanks.