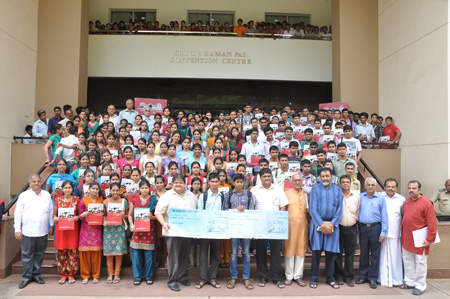 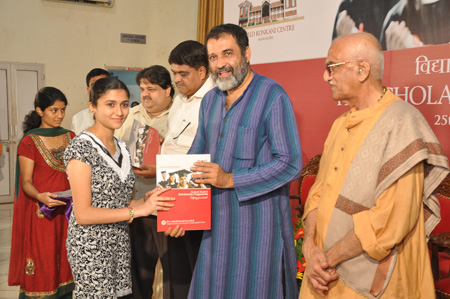 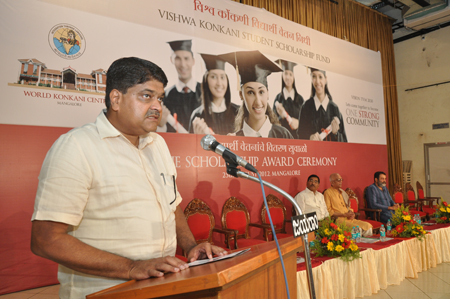 Shri Ramdas Kamath U., President, VKSSF talks about the scholarship 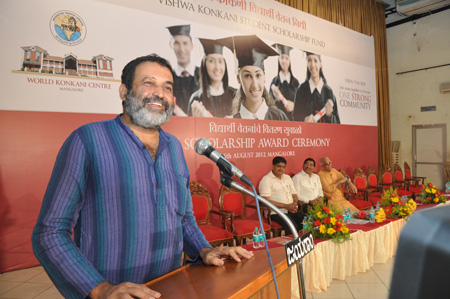 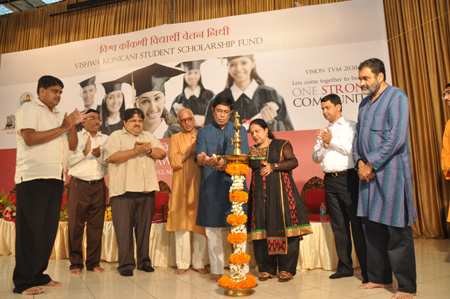 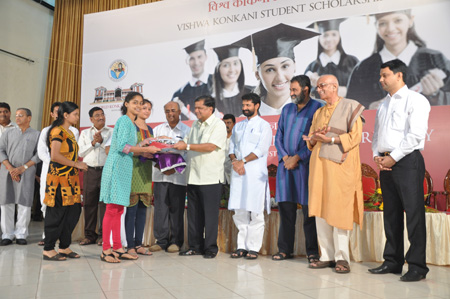 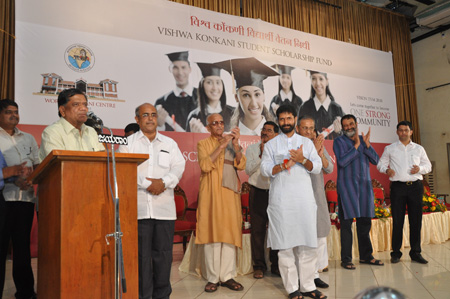 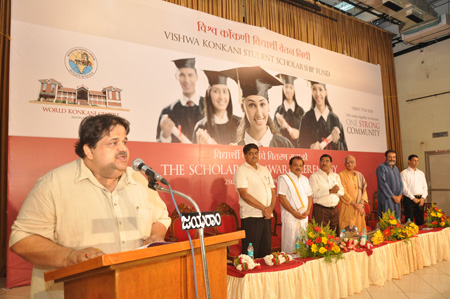 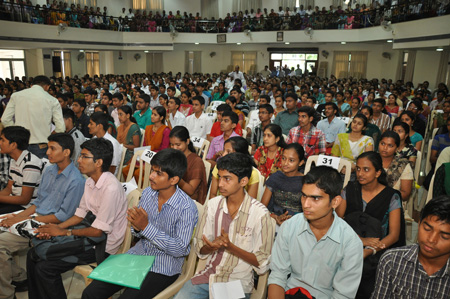 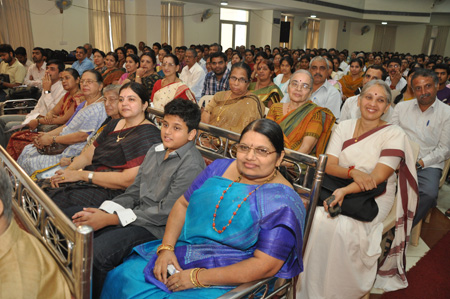 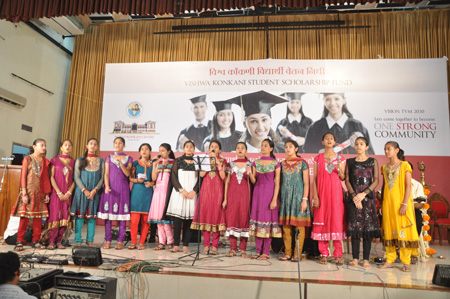 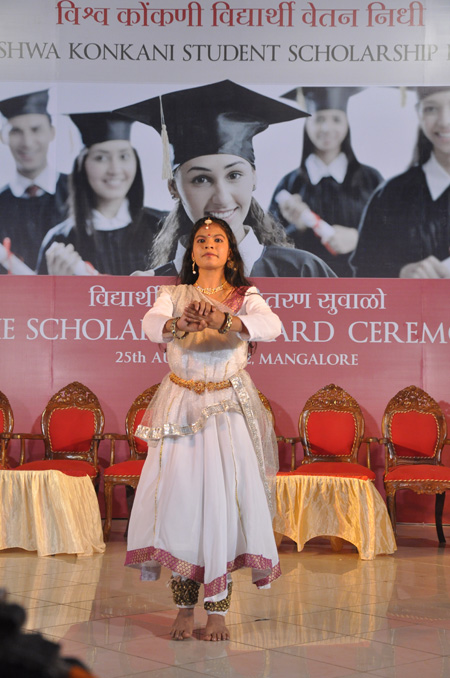 Advising students to pursue higher studies Shri Pai said that “there is an aspiration deficit in our country. There is a need to boost aspirations. Students should develop problem solving abilities.”

“There is no dearth of information. One should learn to use this information to solve problems. The students should develop their personality, groom themselves, dress well, speak well, be presentable to make an impact.” he added.

Stressing on the need to speak in one’s mother tongue Shri Pai stated that “ Learn English but at the same time do not forget Konkani. Mother tongue plays an important role in carrying forward ones tradition and culture,’ he added and said that in the next twenty years, the Konkani community can be globalised community. The advent of World Wide Web has decreased the barriers between nations. The social networking sites have connected the World into one country virtually.”

“Many students stop pursuing their education due to financial constraints. With scholarships, their aspirations get boosted,” said Shri Jagdish Shettar, Chief Minister, Karnataka.

He further added that Karnataka Government has allotted Rs 5 crore of which Rs 1.5 crores has already been released to the Centre.

Shri Oscar Fernandes, MP, called upon the Konkanis to strive hard to bring Konkani community to the forefront.

In his presidential address Shri Basti Vaman Shenoy, President, World Konkani Centre gave a call to the Konkanis to strengthen the community.

As many as 1,300 students received the scholarships of which 480 were engineering students and the rest were MBBS students. This year scholarship amounting to Rs 50 lakh was awarded to 550 PU and Degree students from Kharvi and Kudubi communities. Around 100 Konkani speaking degree students from Kerala were also selected for scholarships.
VKSSF has also instituted a study abroad programme under which around 10 students will be awarded Rs 1 lakh.

Addressing a press meet after the scholarship distribution programme, Shri Ramdas Kamath U., Senior Vice-President, Infosys, informed that WKC has introduced a series of training programmes for the benefit of scholarship beneficiaries and the Konkani youth. 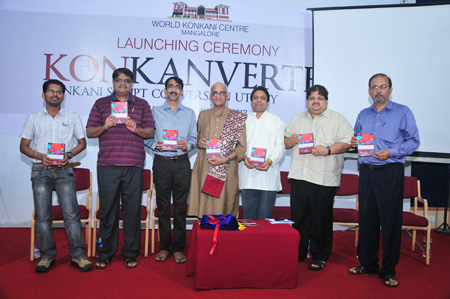 ‘Konkanverter‘, a pathbreaking initiative aimed at breaking the barriers of script in Konkani literature, was launched here on August 11 at the World Konkani Centre. 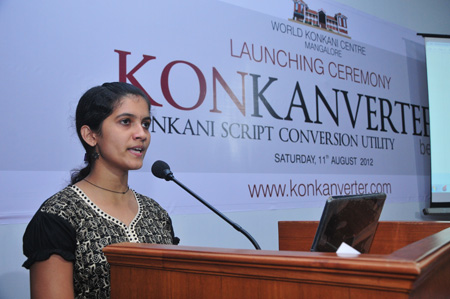 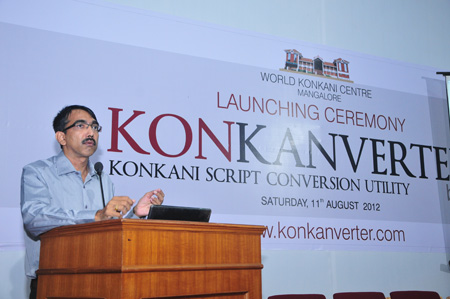 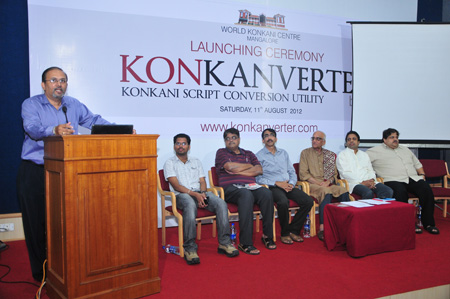 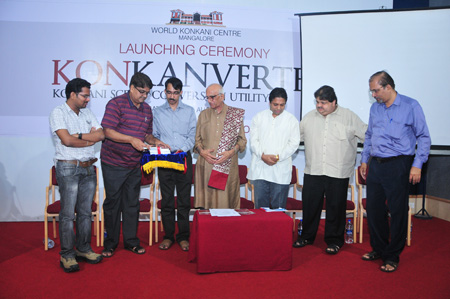 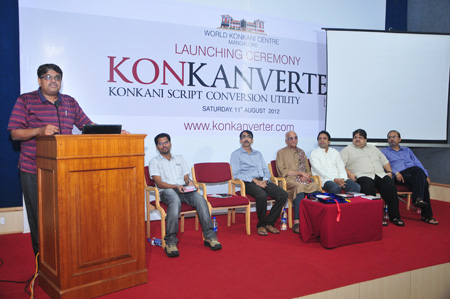 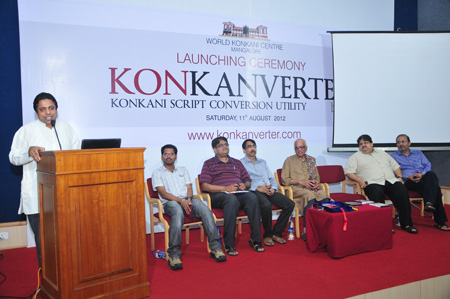 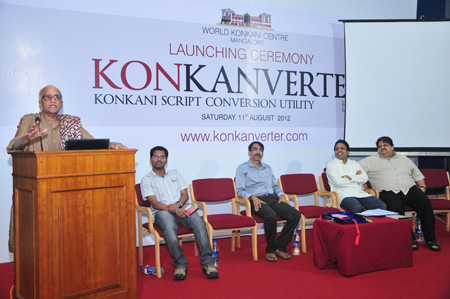 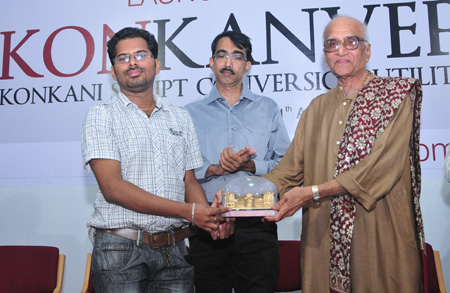 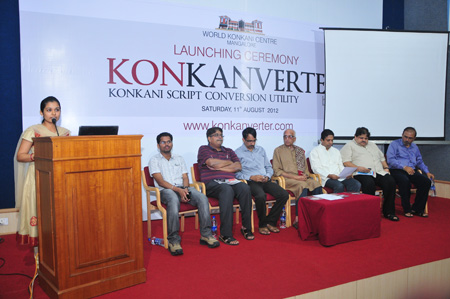 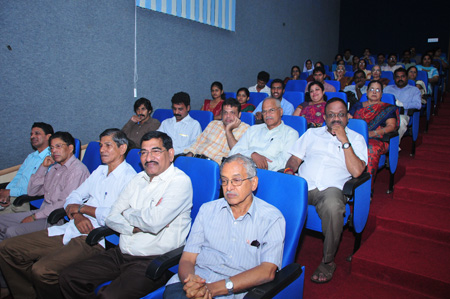 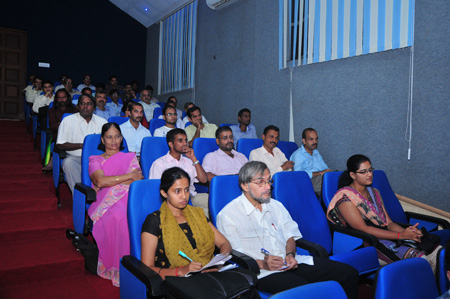 Fr. Francis Rodrigues, Editor, Raknno Konkani Weekly, said that “computer has a memory but no imagination. This imagination has to be infused into the technology by people.

He further added, “Difference in language has created gaps in the community, and hence this converter will help people of different languages and religions to come together.”

Basti Vaman Shenoy, President, World Konkani Centre (WKC) said that though WKC has been organizing various programmes and taking several initiatives, the launch of Konkanverter stands out among them all. “We should not stop at this, but go about achieving and developing more,” he added.

He also said that Konkanverter should be made popular by visiting various places and demonstrating how it works.