Say ‘Patholi’ , and eyes of  Konkani speakers will light up. But when stream of 19 young actors served ‘Patholi Rookhu” ( Patholi Tree ) to a jam-packed audience at Town Hall on Tuesday 12th of October, they lapped up this artistic, not culinary, offering with delight. This 75 minute Konkani drama is result of Vishwa Konkani childrens’   drama camp 2011 conducted by Vishwa Konkani Kendra over a period of ten days.

‘Patholi’ for the uninitiated is a sweet dumpling prepared in Konkani homes on Nagarapanchami.  A batter prepared out of soaked rice grains, grated coconut, beaten rice, Jiggery and pinch of salt is spread on turmeric leaves with stuffing made of grated coconut mixed with jiggery and cardamom and cooked. Served with a touch of ghee, the dumpling makes a great snacks and the aromas that wafts when the turmeric leaves are parted is mind boggling .

Trained by Jagan Pawar, actors left aromas of ‘Patholi’ lingering in minds of the audience. Bearing similarity to Indo-European Language dramas namely “The Girl and the Dumpling Tree” and “Fisher Boy and Devil”, “Patholi Rookhu” is story of ‘Vasu’, a young boy’s  desire to eat patholi and quest of an aging ‘Rakshini’ to taste this ‘young blood’ .

While the sharp-witted Vasu falls prey to the wiles of ‘Rakshini’, who appears before him first as a charming young woman and later as an old woman, the drama revolves round a group of cowherds led by their elder who rescues this boy initially. But the ‘Rakshini” as an old woman traps Vasu yet again. Denouement comes when ‘chelli’ (girl)  trapped similarly by ‘Rakshini’ and used by her as house-maid helps Vasu kill the she-demon.

‘Patholi Rukhu’ team has treated this Konkani folklore tale, normally told by grand mothers to their grand children with a refreshingly new verve. Costumes used in the drama transported the audience to rustic surroundings when story unfolds.

Guru Baliga has penned the story with Prakash Shenoy producing and scoring the music. 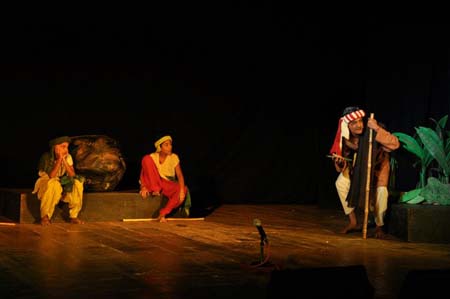 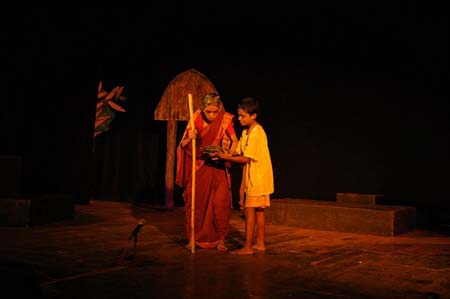 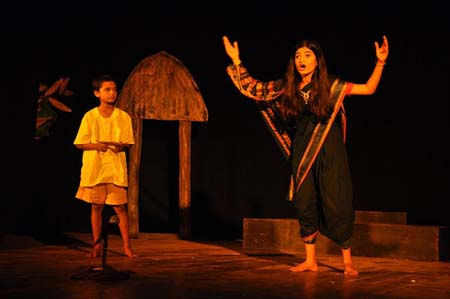 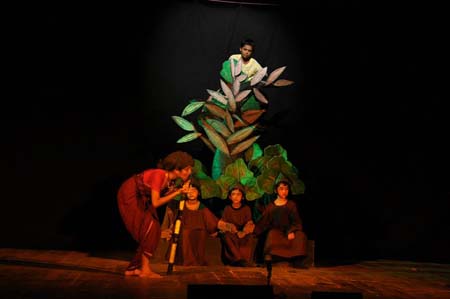 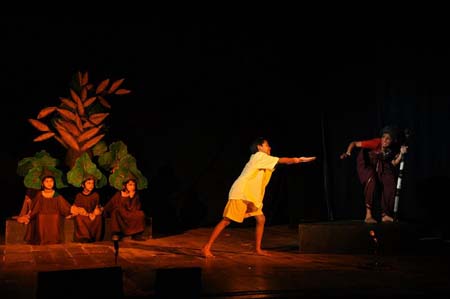 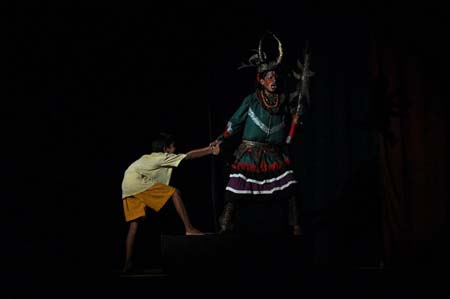 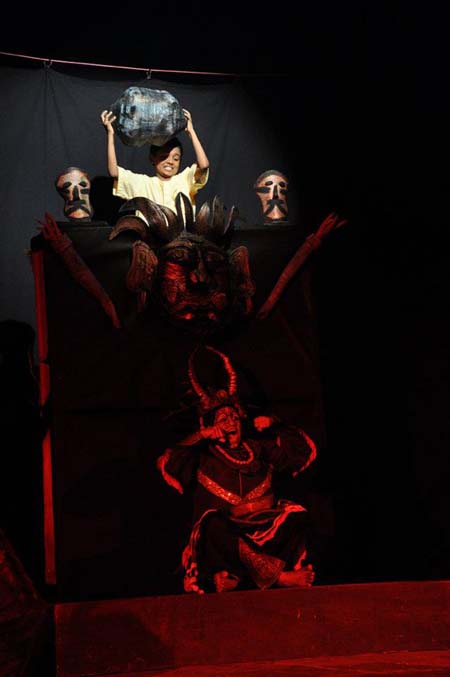 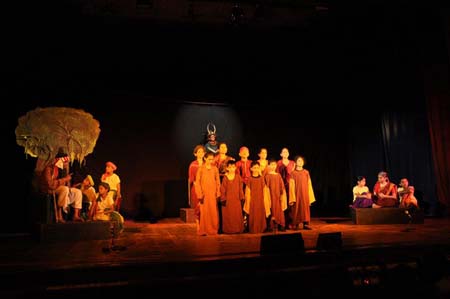 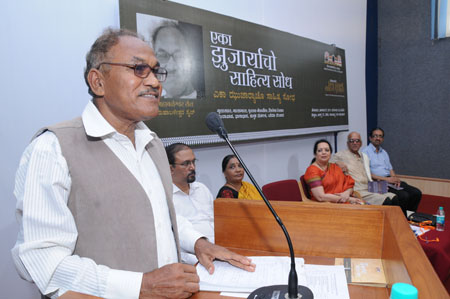 The English translation of the Konkani novel ‘Hawthan’ by Mahabaleshwar Sail was released at a ceremony held in World Konkani Centre here on Saturday August 27.

In her address, Sandhya Pai said that literature was a reflection of one’s experiences, and there are some works that leave a long-lasting impression on the readers.

Director (operations) of Daijiworld and president, Kavita Trust Melvyn Rodrigues introduced the novel and said that it was based on the life and struggles of the potter community. A compelling narrative on the fading art of pottery, the novel raises some of the concerns of the community and its struggle for survival in the wake of modernisation, he said.

Author Sail said that he researched on the community for three years which stirred him to writing the novel. His experiences of interacting with them formed the base of his novel, he said, adding that for any author, his or her experiences are the raw materials that give shape to literature.

Konkani film ‘Palthadcho Manis’ based on a story by Mahabaleshwar Sail, which had won Toronto Film Festival’s Critics Award last year, was screened on the occasion. 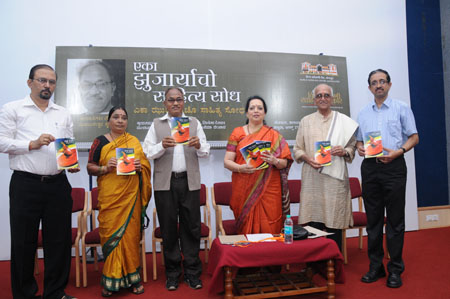 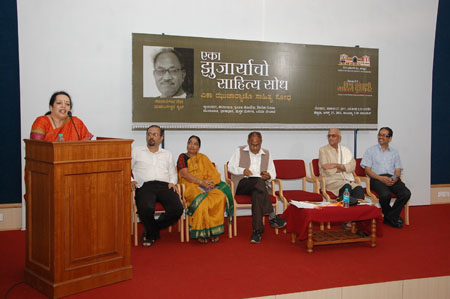 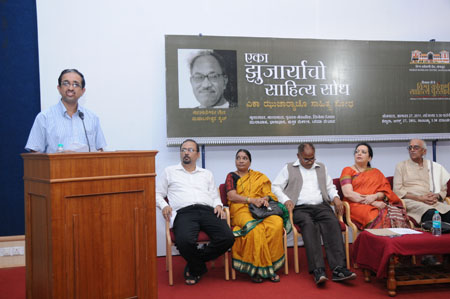 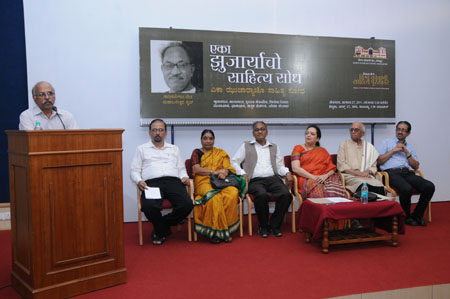 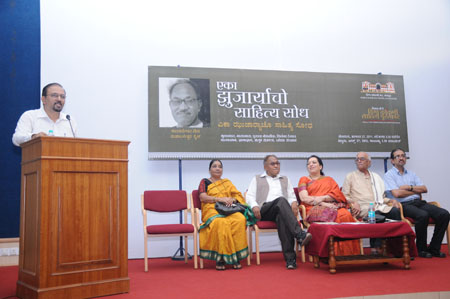 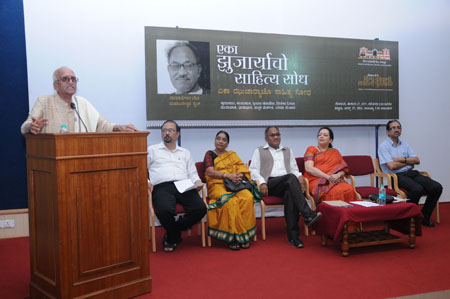