Speaking on the occasion, Pradeep Kalkura said that it was a great honour for him to felicitate a great scholar and linguist like M Madhava Pai whose painstaking efforts had resulted in bringing out the Kannada-Konkani dictionary. “I consider it my privilege to honour a senior and academic person like M Madhava Pai, who at the age of 84 has compiled the dictionary with great enthusiasm and zeal”, he added. Kalkura also stressed that we should be proud of our land and language.

Padma Shenoy who released the dictionary also commended the efforts of the writer M Madhava Pai and said the writer’s ability to concentrate on the task on hand and the conducive family atmosphere were instrumental in completing the work of brining out a comprehensive Kannada-Konkani dictionary. She also pointed out that the book clearly shows that the author has enjoyed his work thoroughly. Padma Shenoy also said that the Kannada Konkani dictionary written both in Kannada and Devanagari script has been possible due to the inspiration and support received by the writer from Konkani Sardar Basti Vaman Shenoy.

In her presidential address, Chandrakala Nandavara also said that it is her good fortune and a honour to preside over the release of the dictionary written by her colleague who is much senior to her. She suggested that it would have been better if Roman script was also used along with Kannada and Devanagiri script, as it would have been helpful to a wider section of readers. Stressing on the importance of language she likened it to a flowing river saying “the river may flow in its own pace overcoming all odds but its final destination is to join the sea. Similarly, language should not be a barrier in providing information to the people”.

Writer of the book Madhava Pai thanked Konkani Language and Sanskriti Prathishtan and the sponsors for giving him all the help to write the book. The book was sponsored by Ramdas Kamath U, Bangalore. 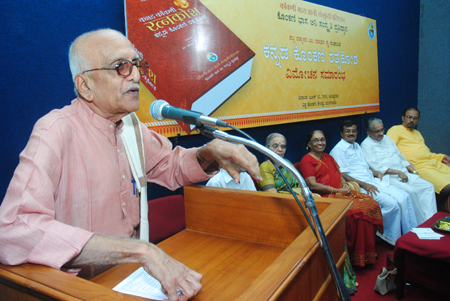 Dr. K. Mohan Pai about editor and the Dictionary 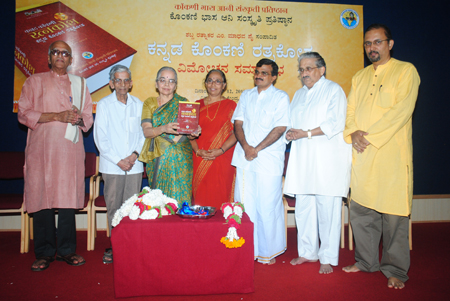 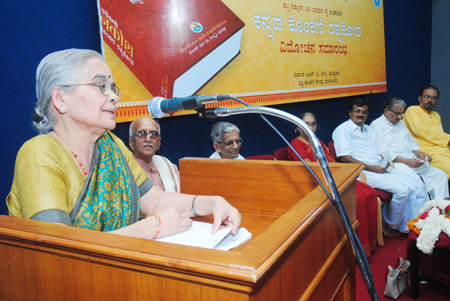 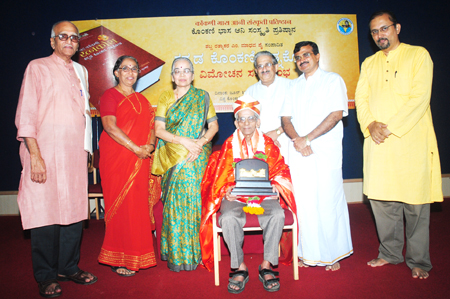 Honouring M. Madhva Pai, the editor of the Dictionary 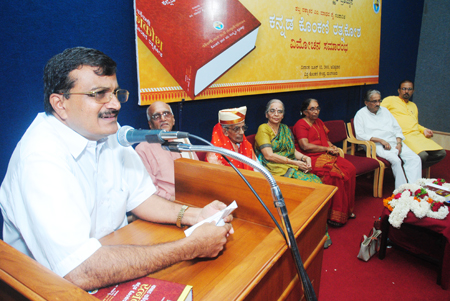 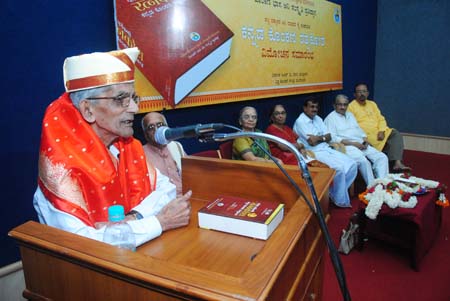 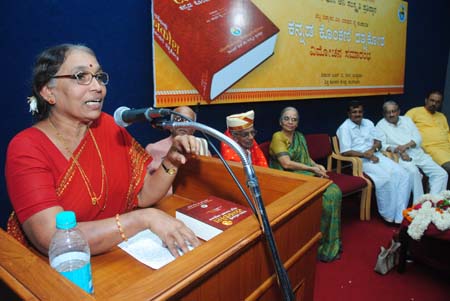 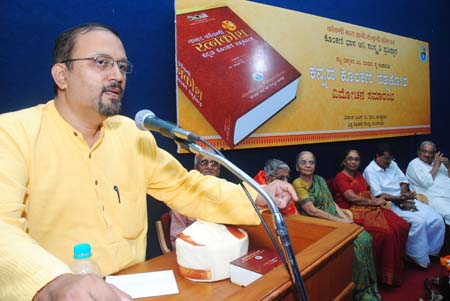 Vote of thanks by Venkatesh N. Baliga

Visit Konkani Shoppe to purchase Ratnakosh and other Konkani Books