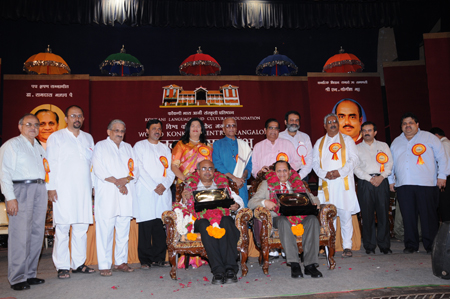 World Konkani Centre felicitated Dr. Ramdas Pai for being conferred with the Padma Bhushan award and Shri N. Yogish Bhat for being elected as Deputy Speaker of Karnataka Legislative Assembly on behalf of the members of Konkani Community.

The programme was organised on March 5 at Town Hall under aegis of Konkani Language and Cultural Foundation (KLCF). 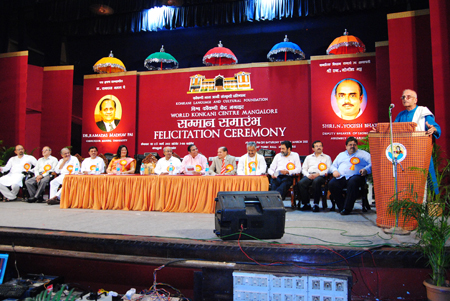 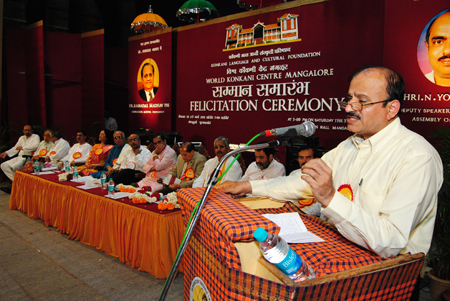 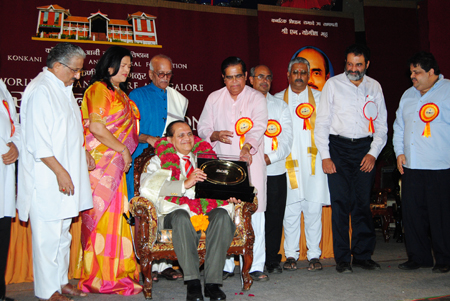 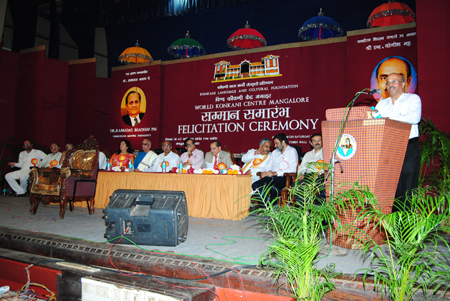 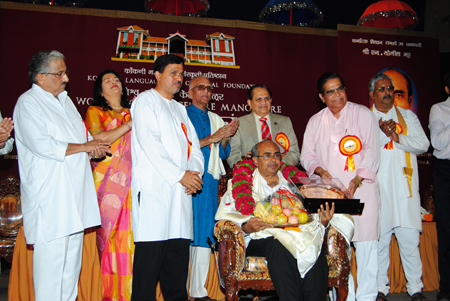 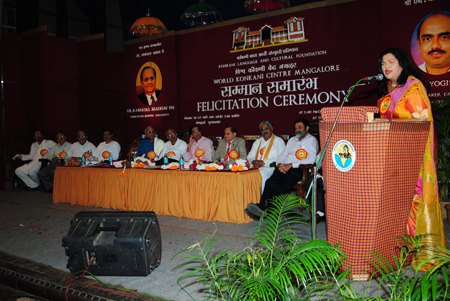 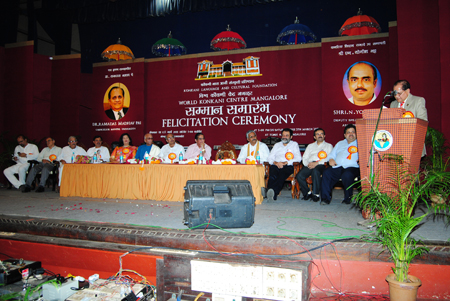 Dr. Ramdas Pai says it is the honour for entire Konkani community 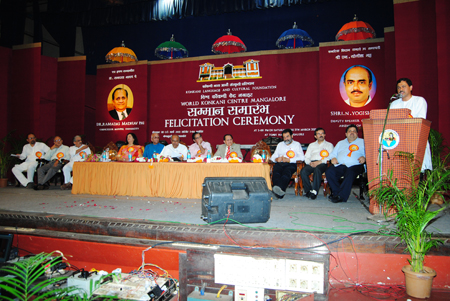 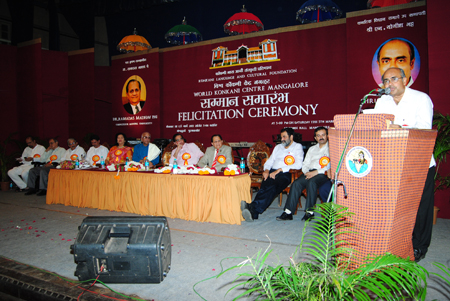 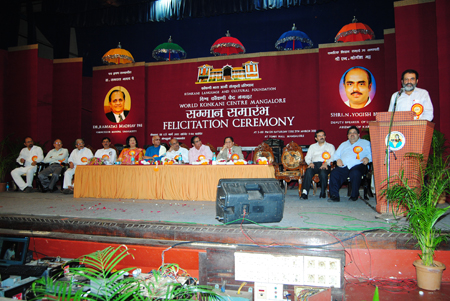 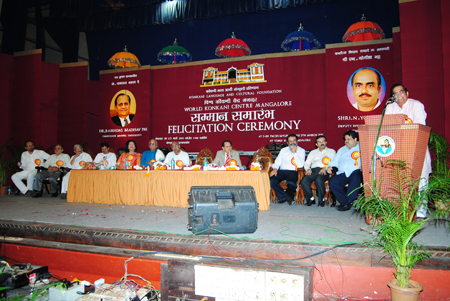 Give back to the society says Dr. Dayanand Pai, President, KLCF 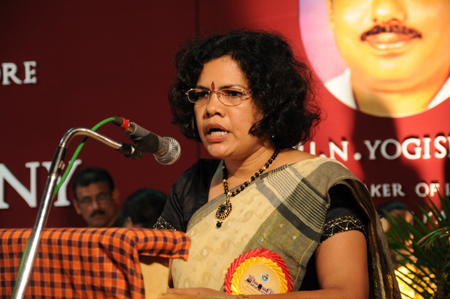 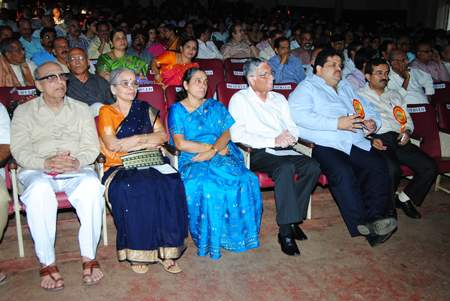 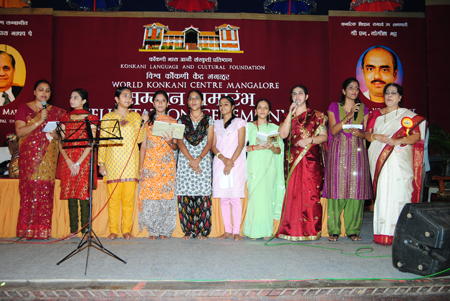 Dr. Ramdas Pai said that the honour was not for him but for the entire community. He also stated that he has carried forward the rich traditions laid by his father Dr.T. M. A Pai.

Shri Yogish Bhat said that he got elected to the post not because of his charisma but because of people’s trust.

Madame Pinto said that it was a matter of tremendous pride to see students of Manipal in every nook and corner of the world holding prestigious positions.

“It is a matter of pride for all the Konkanis to felicitate the sons of Konkani soil who have brought laurels to the community.” said Fr. Crasta.

Shri T. V.  Mohandas Pai said that “the Konkani community is proud of its sons because they stand for all the good and noble in the country.

In his presidential address, Dr. P. Dayanand Pai, President, KLCF said that “Dr. Pai and Yogish Bhat were honest and sincere in their lives and they made the Konkani community people proud.”

He called upon the Konkanis to strengthen the community. “Even if 10-12 Konkanis come together and pledge to work for the benefit of our community it will prosper,” he added.

Concepta Fernandes compered the programme. A sugama sangeet programme by K. Muralidhar Kamath and his group were also held.