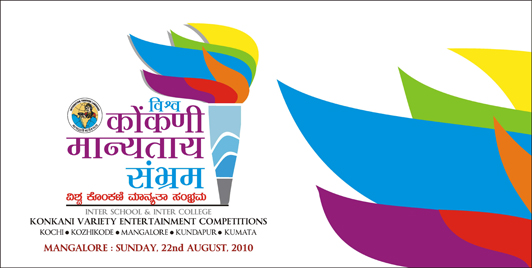 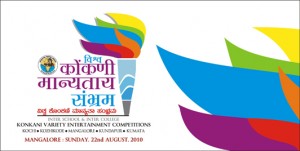 To commemorate  the 18th anniversary of the inclusion of Konkani Language in the  8th Schedule of the constitution, World Konkani Centre is all set to celebrate the Konkani Recognition Day by conducting  Inter School and Inter Collegiate variety entertainment competitions in Kochi, Kozhikode, Mangalore, Udupi and Uttara Kannada Districts on August 22nd 2010.

At each of these centres winners will be awarded with prize money amounting to Rs. 50,000/- in primary, High School and College categories apart from the certificates and trophies. Competitions will be based on a thematic cultural presentation by each team which shall include at least four different group and Solo performances. Apart from Group and Solo prizes a special prize is also constituted in each category for the best Master of Ceremony. A rolling Shield will be awarded in each category for the best teams.

In Mangalore these Competitions will be held at the Canara High School Campus on August 22nd 2010. Prizes will be distributed in the public function to be held in the same evening.

Winners from all the centers will get a chance to perform at a public function to be held at  Bangalore on  children’s’ day,   on November 14th 2010.