In his inaugural address Shri Shenoy said that the good times of Konkani has arrived. It is the right time for the community to build up an academic enthusiasm in the Language so as to give their due to the mother tongue. 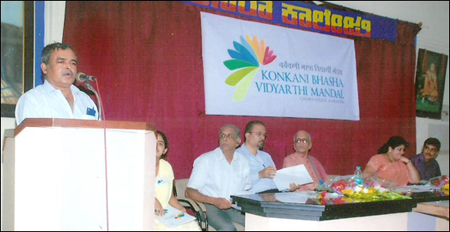 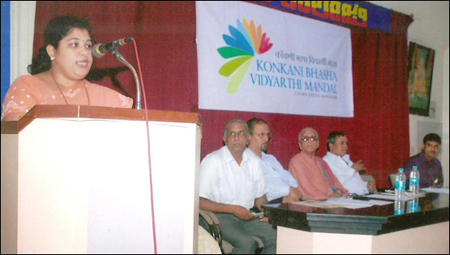 Seema Prabhu, Faculty Advisor of the Mandal welcomes the gathering 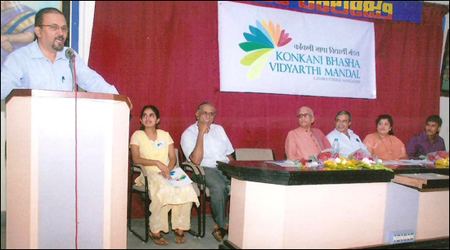 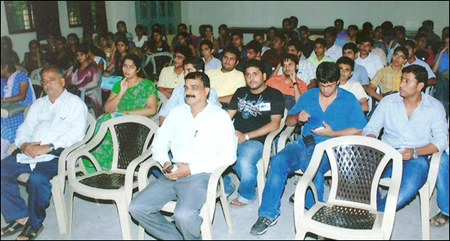 In his address Venkatesh N. Baliga, Secretary, WKC said that “in a world where youths are drifting away from the language and culture, students of Canara College have shown that they still hope that our language and culture would survive by taking great interest in initiating Konkani Bhasha Vidyarthi Mandal.